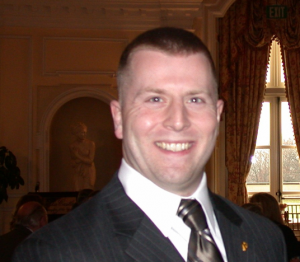 Tim previously served as Assistant Regional Manager of the New York City Regional Office for Summit Security Services, Inc., the company’s largest office, with a workforce of nearly 2,000 security professionals. Prior, he served as Operations Manager for Summit’s contract with the Port Authority of New York and New Jersey—the firm’s largest Client—managing a security force of over 400 personnel in protection of the George Washington Bridge, Staten Island Bridge crossings, PATH train system, Hudson River port facilities, and Port Authority executive offices at 4 World Trade Center. Prior to Summit, Tim was the Director of Veterans Services for Fedcap Rehabilitation Services, Inc., where he was responsible for all initiatives including outreach, training, placement, and retention of veterans into full time employment. Tim has also worked for Gavin De Becker & Associates where, in addition to conducting advance operations and executive protection, he was responsible for daily threat assessment analysis for the A-list clientele he was assigned to. Tim now brings all of these skills to the clients of TruView.

Tim is a former commissioned U.S. Army Officer with five years of active duty service, including two deployments in support of Operation Iraqi Freedom, where he maintained a Top Secret Clearance as a Military Intelligence Officer and analyst. In his second deployment, Tim served as a military advisor and liaison to the National Information and Investigation Agency, the Iraqi government’s equivalent of our own FBI. He holds a Bachelor’s Degree from Hofstra University in New York and is a ROTC Distinguished Military Graduate recipient.