Meet Some of Our New TruView Team Members!

Our efforts in 2020 centered in large measure on strengthening TruView against the effects of the pandemic and ensuring that we continued to remain 100% online and responsive to our Clients. We’re proud to say that we did that, and that our commitment to providing the very highest level of service in our industry is as true moving forward into 2021 as it was in years past. That commitment is reflected in our Team.

Last year, we needed to focus more on communicating the dynamic, evolving changes to our service environment (such as periodic updates on court closures, service modifications, and so forth). Now, we’d like to bring you other important information—like introducing you to some of the new members of our Team who joined us in 2020. 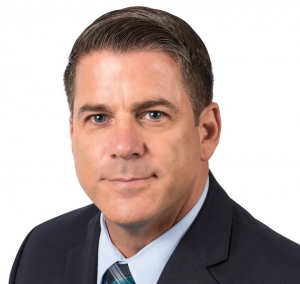 Al has a record of success in operations management, investigations, and law enforcement, gained during his 20-year career with the New York City Police Department and more than 14 years in government agencies and the private sector. As the executive leader of TruView’s Investigative Services Division, he directs over 125 TruView investigators and specialists in operations across the United States and internationally. Prior to TruView, for three years, Al served as the New York City Regional Manager for Summit Security Services, Inc., then one of the 10 largest security firms in the United States, where he directed a security force of over 2,000 personnel in service to some of the most prestigious clients in the world. From 2006 to 2017, Al was the Operations Manager for the first-ever Investigative Consultation Unit for the New York City Administration for Children’s Services (ACS), where he directed a staff of 165 former criminal investigators in investigating allegations of child abuse and neglect, citywide.

Al served in the NYPD from 1984 to 2004, retiring at the rank of Lieutenant Commander of the Detective Squad, serving as the commanding offer of a precinct squad, with oversight of criminal investigations, to include those of homicide, assault, sexual abuse, robbery, domestic violence, and burglary cases. He supervised and performed many high-profile investigations during that time. He is an active member of the National Law Enforcement Associates, serving as its President in 2018 and as a member of the Board of Directors since 2019.

Al says, “TruView is not your ordinary investigative company, and that was one of the things that’s drawn me here. Compared to a lot of other investigative firms, we’re a bigger organization, with layered teams and incredible talent. I am comfortable in that environment.” As an NYPD Lieutenant Commander, Al managed over 3,000 criminal investigations a year. “At NYPD, and in all my positions subsequently, I was responsible for large teams with wide-ranging, complex caseloads. Recruiting, training, evaluating, and developing personnel; communicating with teams and supporting investigative operations across multiple regions; helping teams to creatively reach successful case outcomes—that’s important and exciting to me,” he says.

“I’m new to TruView but I’m excited to be a part of the leadership team for a company that has a tremendous growth upside. We’re exploring new technologies and how they fit with timeless, traditional investigative tactics, with human analytics. TruView wants to lead the industry in client responsiveness and client success—that’s the bottom line, and I want to help us do that,” Al says.

Al promises to be personally engaged in client service and support. “In my previous role at Summit Security Services, for example, we served hundreds of clients in New York City, including such clients as ABC Disney, the Federal Reserve Bank, Port Authority of NY & NJ, Columbia University—all very high-profile. My approach to clients now is the same as it was then: I treat every client like they’re a Fortune 500 company or a critical agency. When a client hangs up from a conversation with me, I want them to be glad they spoke with me. I want them to be relieved and confident that everything is being handled. Because it will be.” 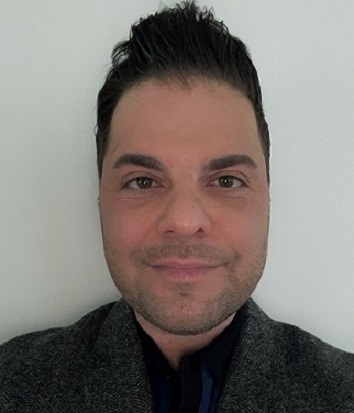 Danny is a marketing and sales professional with over 15 years of experience, including over five years in senior and executive management positions. His proven expertise extends to strategic sales and digital marketing management, account management, brand integration, and revenue growth within competitive markets, among other areas. For TruView, Danny is responsible for managing the sales process from qualified lead to client. He develops and executes strategic marketing campaigns; leads and mentors a team of business development specialists; and delivers presentations and proposals to prospective clients. He collaborates with executive management in sales and marketing efforts that reflect TruView’s client-centric philosophy and help bring long-lasting partnerships.

Danny came to TruView from Hungry Pop, a cutting-edge, New York-based events firm, which he co-founded in 2018. As Director of Sales & Marketing, he successfully created full-scale event and content marketing strategies for consumers and corporations and forming key partnerships with such clients as American Express, Google, and PricewaterhouseCoopers, grossing over $1 million of sales in the first 12 months of operation. In 2015, he co-founded Spoiled Media, a new media marketing firm, and served as its Chief Revenue Officer for three years, building a large portfolio of branded marketing partnerships and sponsorships for direct-to-consumer brands in the New York City market, with such partners as Casper, New York Yankees, FreshDirect, and W Hotels. For seven years, Danny was Senior Account Manager with Pulsepoint (formerly Datran Media), launching the company’s first advertising network for high-profile companies, building $100 million in total revenue in four years and working with major Fortune 500 brands. Danny earned a Bachelor of Arts degree from Fordham University, with a double major in Communications & Media Studies and Marketing.

Danny says, “I have a ton of energy when it comes to nurturing new sales and marketing efforts. My previous experience allowed me to gain invaluable experience in the overall sales and marketing processes for start-up companies, and the opportunity to work for a well-established brand like TruView was something that I could not pass by.” Danny says he was drawn to TruView from the start. “I immediately connected with President Nick Auletta and the Team. I knew right away that I could count on and stand behind TruView’s values, brand, and reputation.”

Danny is a people person and fits in with TruView’s Client-centric culture. “Clients can expect a hands-on approach from first touch to last touch, and a level of service that always makes them know they’re top-of-mind. I’m committed to establishing Client partnerships and supporting our Operations Divisions by helping to create great customer experiences. I want to become the best sales and marketing professional in the background screening and investigations industry, and lead by example and work ethic!” 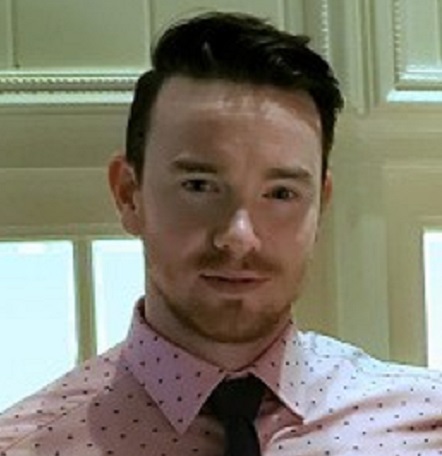 Gerard is an investigative professional with six years of experience in due diligence and intelligence investigations and nine years as a paralegal in the Kings County (NY) District Attorney’s Office. Prior to moving to TruView, he served as an Investigator in the Global Executive Intelligence Division of a large background screening and investigative services firm. He conducted comprehensive investigations and background checks on prospective C-level executives, using highly confidential source information, and conducted extensive due diligence investigations into target companies for clients that included banks and government agencies. Gerard holds a Master of Science degree in Criminal Justice form John Jay College of Criminal Justice and a bachelor’s degree in Criminal Justice from the State University of New York. Gerard earned the prestigious Certified Fraud Examiner certification from the Association of Certified Fraud Examiners.

“Due diligence investigations are a passion for me. That passion has grown throughout my career,” Gerard says. “Our Clients can expect that I will work relentlessly to satisfy their expectations of an investigation. Any and all leads will be thoroughly examined and taken as far as they possibly can to ensure an exhaustive due diligence examination. Being a Certified Fraud Examiner puts me at the forefront of investigative techniques and gives me the opportunity for new and exciting training that I use during my analysis process.”

Gerard continues, “I was attracted to TruView by its excellent reputation in the background screening industry and the way TruView treats its employees. Also, TruView’s growth is really impressive, and being part of the TruView Team during this time is very exciting!” 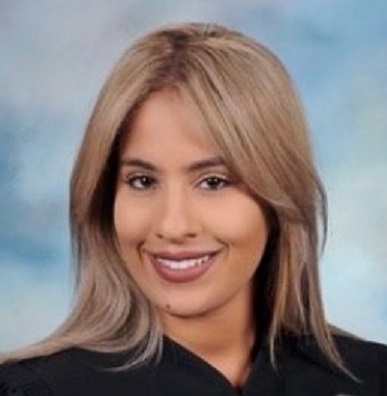 Suzanne is a member of TruView’s New York Team. Suzanne graduated in May 2019 with a Master of Science degree in Criminal Justice from the University of New Haven, with relevant coursework that included investigations, qualitative statistics, research methods, and theories of criminology. She has experience as a legal clerk with the Connecticut Judicial Branch, and she has extensive volunteer experience, including as a Spanish-language patient mentor at Yale New Haven Hospital; a child mentor at Maria Children’s Hospital; and participating in the rebuilding efforts in New Orleans from Hurricane Katrina. Suzanne has advanced bilingual proficiency in English and Spanish. Suzanne began with TruView in 2020 as a part-time employee but, based on her performance, she was offered and accepted a full-time position and promotion with TruView. 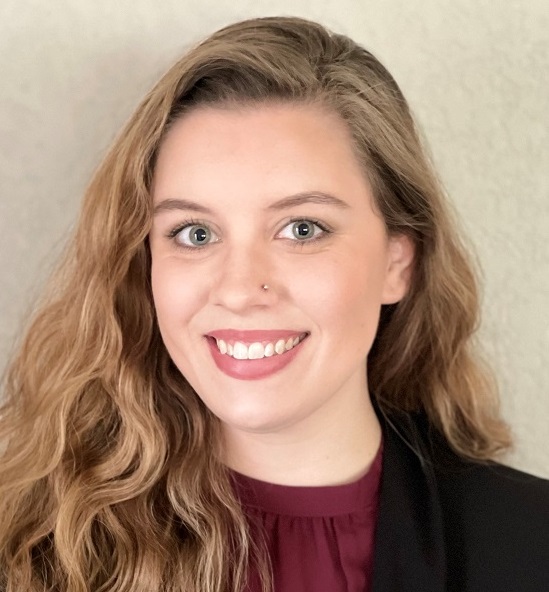 Abigail is a member of TruView’s Texas Team. Abigail is a recent college graduate with a Bachelor of Science degree in Criminal Justice from the University of North Georgia. From January to May 2019 she interned with the Virginia State Police, which included documenting case files pertaining to violent and white-collar crimes; assisting the Forensic Team at crime scenes with collection of fingerprints and other biological and physical evidence; and assisting with documentation of police operations during routine traffic stops. Abigail also held several forward-facing customer service positions for companies in Virginia and Georgia, one of which included working as a Georgia Board of Pharmacy Registered Technician for Walmart. Abigail’s husband is an active duty U.S. Army officer assigned to a brigade support battalion. Abigail began with TruView in 2020 as a part-time employee but, based on her performance, she was offered and accepted a full-time position and promotion with TruView.

TruView Webinar Series: I-9 and E-Verify Compliance
Scroll to top