The Case of the Street-Racing Litigator 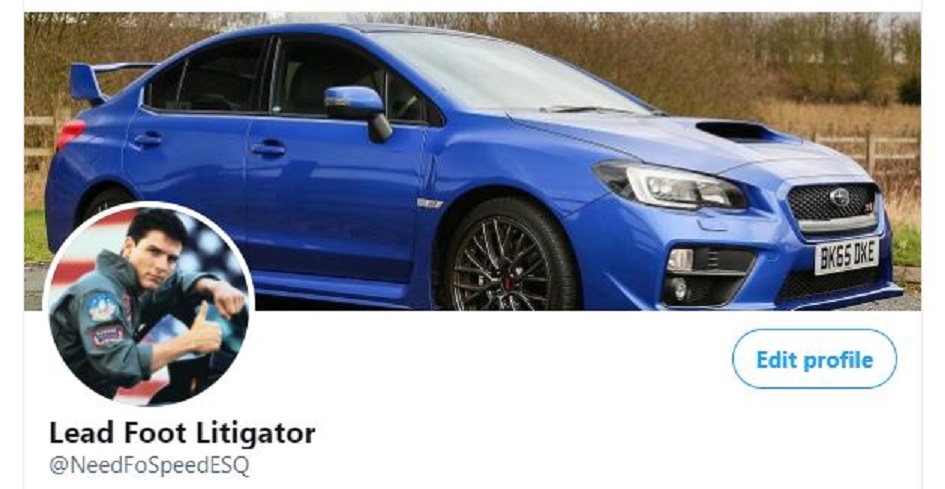 It was the spring of 2017 when our criminal monitoring capabilities brought us what would eventually be dubbed the Case of the Street-Racing Litigator. Through office gossip, a prominent law firm had suspicions that someone in their employ was engaging in illegal street racing—not the best image for their firm. They turned to TruView to investigate. After an initial case scope, we determined that implementing a series of monitoring tools—all legally applied—would be the right approach to uncover the culprit and the truth.

Our first step was to apply our proprietary Continuous Criminal Monitoring tool across the entire firm to see if any arrests, bookings, or incarcerations popped. Nothing—the firm was “quiet.” Had our monitoring forced the suspected employee to go quiet, too? Months went by.

But racers race, shattering the calm of late summer nights with the sounds of gunning engines and ripping tires. As hard as the drivers and their fans worked to keep the races secret, there was no stopping their discovery. Eventually, the law caught up to them. And our monitoring uncovered that our subject was issued several summons.

Wisely, our law firm client had since chosen to utilize TruView’s Enhanced Criminal Monitoring package, so the tickets triggered a notification that was then adjudicated through court record searches by TruView analysts. The court records confirmed the subject’s identity and matched the citations with this personal identifying information. We reported back to the firm: The violating driver was none other than one of their trusted junior attorneys.

Still, while the firm was now armed with the traffic violations, it didn’t have enough information to approach the employee for breaking their Code of Conduct. At our recommendation, the firm chose to apply another level of monitoring, Open Source Intelligence (OSINT) plus Social Media monitoring. TruView analysts matched keyword searches against the subject and located his social media accounts. We discovered that the subject used the online handle “@NeedForSpeed_ESQ.” It was here that our case was blown wide open.

The subject attorney’s social media page was littered with pictures of his racing car, a dual exhaust Subaru WRX in electric blue, nicknamed, “The Objection.” He used the vanity tag, “NDFRSPD.” We found shots of him standing next to the car outside his law firm’s headquarters. He had even posted dates, times, and locations of illegal street races. Video posts showed a dashboard angle of drag races in progress, but they did not show him actually behind the wheel.

As such, the firm ordered a Red Flag due diligence report on their attorney. Past traffic violations and an arrest for street racing were discovered. TruView analysts then matched the violation and arrest dates with the dates of the races on the subject’s social media account. With both the dates and the violations matching, the firm had all they needed to approach their attorney for breaking their Code of Conduct.

A quarter-mile at a time, @NeedForSpeed_ESQ was not only breaking the law, but was also violating policy integral to the reputation of the firm. However, were it not for the measures of Criminal, Open Source, and Social Media monitoring, the firm would never have been made aware of their employee’s conduct. Should the attorney have caused a serious accident or had an escalated run in with the law, the firm could have faced serious embarrassment in the media and damage to their reputation. In this way, TruView’s Continuous Monitoring was able to prevent negative consequences from occurring by putting the brakes on their lead-foot litigator.

The above was largely based on a true story. Contact TruView to discuss how our monitoring services can benefit your organization.

Which Continuous Monitoring Option Is Right for You?

A Scythe Through Wheat
Scroll to top