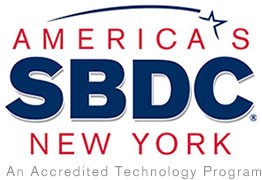 The New York State Small Business Development Center (SBDC) is a business assistance organization that provides expert management and technical assistance to small businesses and small-business start-ups across the state. Administered by the State University of New York and funded by the U.S. Small Business Administration, the State of New York, and host campuses, it provides a network of 24 campus-based regional centers and 29 outreach offices, SBDC helps solve business problems and foster entrepreneurship, emphasizing counseling and training services to women, veterans, people with special needs, and minority clients. The relationship between the SBDC at Farmingdale State College and TruView has been a “home run.” Following is the SBDC “Success Stories” article featuring TruView. Please click here and here for more information.

TruView BSI, LLC is a New York State Service Disabled Veteran Owned Business that performs contract background screening and investigative services for over 500 Clients throughout New York and the United States. TruView’s slogan is “Born of Tradition, Enabled by Technology, Powered by People” and President Nicholas Auletta strongly believes it is TruView’s team of 150 employees that has led to its success. As Auletta emphasizes, “We love technology and its ability to optimize our efficiency, but we believe strongly that it must be intertwined with the power of human analysis.”

Strong, service-driven partnerships have become the cornerstone of TruView’s philosophy. TruView has earned the confidence of international companies, prestigious universities and large government agencies, some of whom include the New York State Gaming Commission, New York Power Authority, NJ Transit, Metropolitan Transportation Authority, the New York City Law Department, and the City University of New York. TruView’s experience and expertise allows the company to match customized service solutions with the unique requirements and needs of its Clients. “We bring our Clients closer to building trust with the people they hire. And that leads to stronger teams and more productive workplaces,” states Auletta.

Nicholas Auletta is the Sole Member and President of TruView BSI, LLC. Nick is a former Captain in the United States Army, serving as an Active Duty U.S. Army Infantry Officer and earning Airborne, Ranger, and Combat Infantryman qualifications. His experience included three separate tours and 44 months of deployed time to the Iraq combat zone. Nick’s military awards include two Bronze Star Medals and the Meritorious Service Medal, as well as numerous other Army commendations and achievement medals. Nick is an advocate for military veterans’ issues and correlates his business philosophy with what he learned in the military.

At the end of 2016, Nick attended several training courses at the SBDC, which led to his introduction to Advisor Dave Chiaro in 2017. Advisor Chiaro provided assistance for government contracting and aided Nick in his application for the New York State Service Disabled Veteran-Owned Certification. Through Dave’s assistance, Nick’s firm was certified in July of 2017. Certification has provided additional incentive for retention of TruView by many of its government and Fortune 500 Clients.